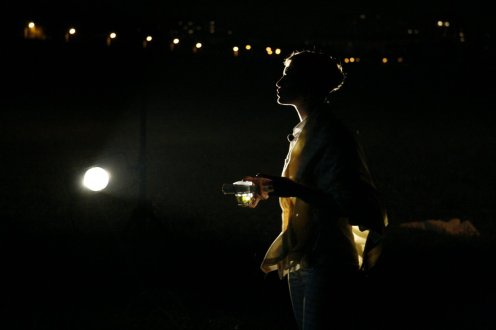 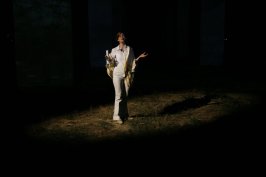 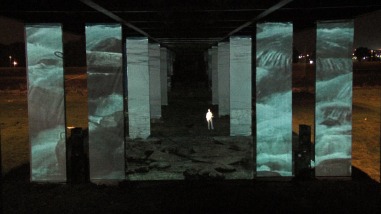 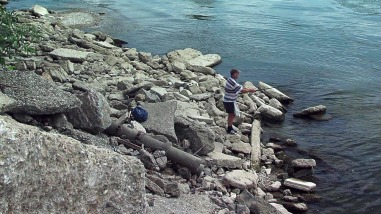 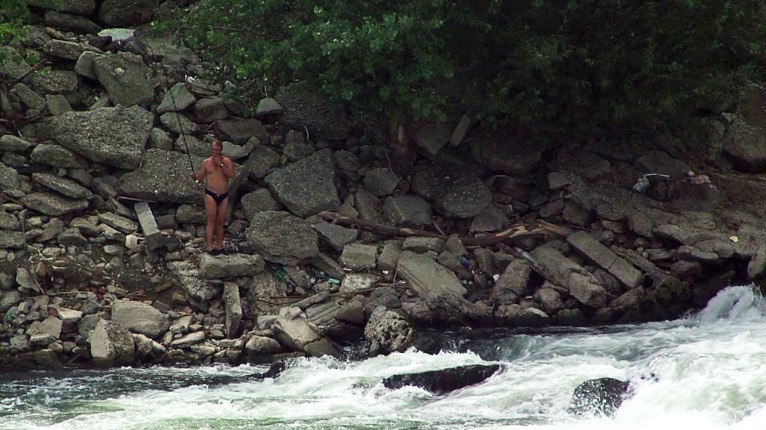 Known to many – unknown to some – the Sava’s waterfalls are a magnificent sight. Landfills of construction materials are scattered into the river, thus creating torrents. It’s not so bad; the river-bed is strengthened with recycled materials. A lone fisherman tries to catch a few toxic fish – just for sports. The visual sensation is accompanied by an olfactory one. There is the nearby city dump Jakuševec as well as the sewage emptying into the Sava some 50 meters downstream from the future recreational centre.

Recreation flood is part of the project The Damned Dam, a sort of “narrative in progress”. It is an epic story based on the actual event of a media spoof of a dam breach in Bosnia and Herzegovina. It takes place in the near future and it revolves around the fate of the heroes Tarik and Merima when they do get faced with an actual catastrophe of flooding.
The part of the Damned Dam narrative is materialized as a one-time video installation and verbal performance on the bank of the river Sava, under the Bridge of Freedom for Urban Festival ’09. The story is a “dystopic vision of the future based on our current reality on the “borders”. Economy, ecology, solidarity, the EU at the doorstep, and that river also divides the new from the old…” (LR)